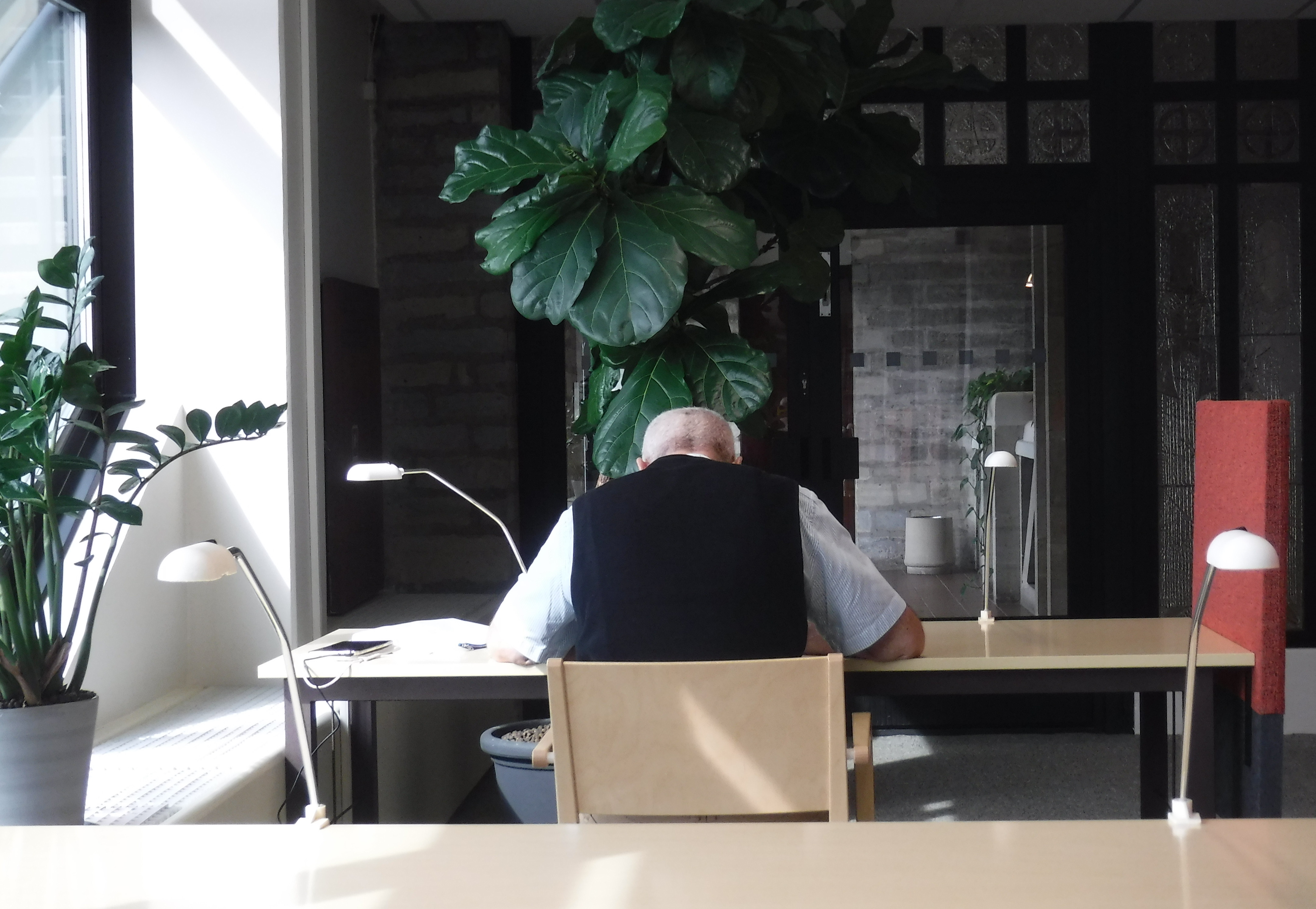 I’ve been a library user all my life, going regularly to my local library to borrow and return books since the age of eight. But as a 21st century adult, my need for a public library has evolved into a need for something other than a source of free books, shifting into a longing for a quiet place – with a wifi connection – in which to be.

If you’re doing research or writing – basically any kind of sedentary work that requires concentration – a library is the only public place which consistently provides the right conditions. Hiring office or co-working space calls for regular commitment and injections of cash; working in a cafe necessitates a JK Rowling-like focus and staff who are happy with you and your computer taking up a table for long stretches of time. 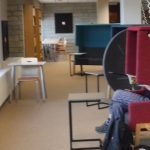 The search for the right workspace away-from-home has been an on-off quest of mine for the past twenty years, one that has never ended in complete success. Living in London and doing research for my first two books, I sometimes headed to the British Library in St Pancras, the UK’s national research library which was purpose-built for, well, people like me.

But, with the honesty of hindsight, I remember the experience of using the BL as a series of obstacles and privations: first came the security process, long queues for the basement cloakroom, triaging possessions for what would fit into a clear, inspectable bag and then schlepping up several floors to hunt for a seat among the rows of desks that were often full by mid-morning. Assuming I got one, the hours I spent at my desk were devoid of natural light or view, features that had presumably been designed out as an unwelcome distraction. And, due to the ban on pens, I had to make my notes in incommodious, soon-to-fade pencil. So for years, I shelved my search for the library-as-the-perfect-place-to-work.

With the research for a new book taking me to three European cities, the quest for library-workspace took on a desperate quality. I was spending a month in each city, and the limitations of my accommodation in each meant that a quiet place in which to compose persuasive meeting requests, prepare interview questions and do on-the-hoof research was essential.

In Cadiz, my pension had a wifi connection that rarely worked – the thick walls of buildings in the Old City impeded the signal – and there was nowhere to sit. So a public library was no luxury; the success of my project depended on it. Grumpy librarian aside, Cadiz Provincial Library was a pleasant place to work, with rows of wide desks overlooking fruiting orange trees and the port. Well used by people of all ages, it was often open until 9 pm, although it also had the (typically Spanish) habit of closing for long holidays and fiestas.

In Tirana, the wifi was okay and there were plenty of places to sit in the happy, hippy hostel where I was staying. But it was so full of chatty people and new friends that I sometimes ran to the sanctuary of the national library ten minutes away, where the US-sponsored ‘American Corner’ had banks of Macs, a choice or desk or armchair and a full-time, English-speaking librarian to enforce the peace. 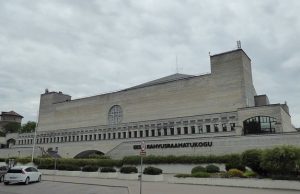 In Tallinn, the city public library was pleasant enough, but once I entered the National Library of Estonia, I knew I’d arrived in paradise. Housed in an eight-storey modernist block begun in Soviet times but completed after the country gained independence, the building emanates the confidence of an institution that knows its purpose, that of fostering and preserving Estonian culture. You walk in and the space immediately embraces you, while your eye is invited down a series of vaulted corridors. (For more on  the architecture of national libraries and Estonia’s in particular, see this piece by Owen Hatherley.)

There are no cumbersome security processes to go through – you just go in, leaving some things in the cloakroom if you want to, and choose your workspace. The seventh floor has large individual tables, each equipped with its own reading light and a screen to shield you from the visual disturbance of people moving around the nearby shelves, as well as a view of the red roofs of the Old Town. Alternative seating comes in the form of a window-facing armchair that cradles the occupant, almost shutting them off from the wider world. The eighth floor, meanwhile, has sofas as well as desk space and access to a mind-soothing expanse of sky. 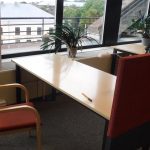 The people of Tallinn are famously taciturn, so it was a nice paradox that it was in the national library that a stranger initiated a conversation with me for the first time. The man behind me commented with amusement on the fact I was taking pictures of the library furniture; then the woman occupying the desk in front turned round to nod goodbye as she left. In a country where people tend to avoid unnecessary contact, this seemed significant, suggesting that the library is experienced by its users as a safe space and encourages a sense of fellowship.

The lower floors (two of which are underground) house a number of exhibition spaces, a theatre and a conference hall; one afternoon the laughter and clapping I heard drifting up through the building turned out to come from the graduation ceremony taking place below. Another day, I ventured through a door marked ‘social space’ to find a large room dotted with clusters of tables and chairs. There was plenty of space between them, and it struck me it that I could easily hold a Skype meeting there without bothering anyone else or feeling that my privacy was being invaded. How very Estonian!

On the ground floor there is both a cafe serving coffee, cake and sandwiches and a restaurant where you can buy hot food and salad, charged by the weight, for a reasonable price which includes bread and water. Both places have wifi, and I confess that the combination of online access, the availability of food and drink and the sense of permission to linger that you get from being in a public, rather than a commercial, institution, meant that I sometimes I didn’t make it up to the reading rooms at all … 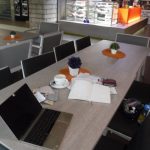 In short, it was all very well thought-out, from the allocation of spaces for different functions to the details to make the reader comfortable. The former was made possible by the large, purpose-built facility and probably couldn’t be achieved in a small branch library without compromising the study space; the latter was an indication of a huge investment of resources stemming from national pride.

The one thing that didn’t make sense was the fact that this brilliant resource is clearly under-used. The national library can accommodate 600 readers, yet I never saw more than a few people in the reading rooms. But this was summer, when Estonians make the most of their few months of warmth and light; winter, in this bookish country, no doubt brings in more users.

Eventually, as happens in all new romances, I discovered a flaw in my beloved. One day in early July, walking into the cavernous front entrance of the library, I found the doors firmly closed. They bore a notice with dates for the next three weeks and an Estonian word which, back in the unwanted privacy of my Airbnb accommodation, Google translated as ‘Collective Holiday’.

This piece was first published on Public Libraries News. You can find details of my forthcoming book about European cities here.