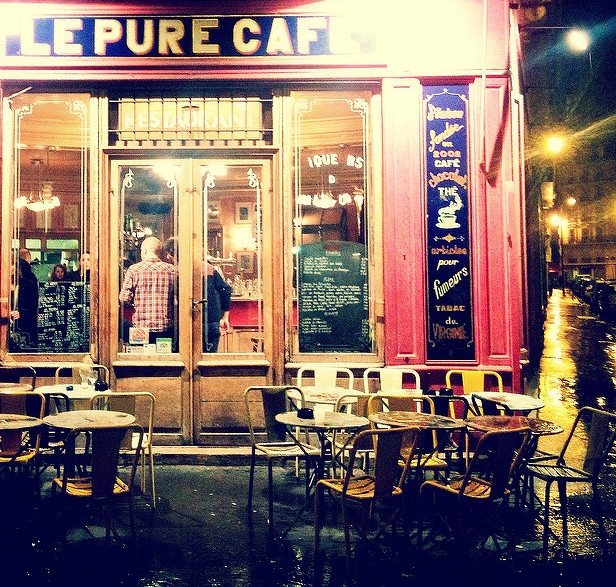 Last month a group of thirty European thinkers published a manifesto in several British newspapers calling for the urgent need to defend “the idea of Europe” against the rising populism sweeping the continent.

Clicking through from the Guardian article to the manifesto itself, it struck me forcibly how little it will resonate with a British readership. The ideas it evokes are just too abstract, too intellectual, too … continental for the average Brit, the language too far removed from the way we tend to frame our polemics and politics. The text – drafted by leading French philosopher Bernard-Henri Lévy – predicts that Europe’s upcoming parliamentary elections will bring “victory to the wreckers … For those who still believe in the legacy of Erasmus, Dante, Goethe and Comenius there will be only ignominious defeat.”

As someone who (half a lifetime ago) opted to do a PhD in continental philosophy precisely in order to immerse herself in this kind of abstraction, I’m perhaps particularly attuned to the differences between British and European thinking. The term “continental philosophy”, being a twentieth-century phrase coined to distinguish the focus on the big questions of human existence that prevail in European thought from the more empirical approach favoured in Anglo-American philosophy, itself reflects this divide. And having spent a lot of time in France, I’ve also noticed how little influence, by contrast, academics in Britain have on mainstream cultural and political life.

So what is “the idea of Europe” that, our neighbours claim, is in peril? In recent times, it has perhaps been articulated most trenchantly in an essay of the same name by the polyglot, multi-disciplinary European intellectual George Steiner. In what seems a symptomatic development, the book is now out of print in the UK, the prices for imported secondhand copies prohibitive. So what follows is culled from Steiner’s own account of his ideas published in a piece on openDemocracy.

Steiner identifies five defining elements of “Europe”. The first is the predominance of coffee houses or cafes, the birthplace of many new ideas and movements which have transformed the cultural, social and political life of the continent. Second is what he calls Europe’s ‘walkability’ – the way its older towns and cities are built for the pedestrian and the shaping of its landscape – lacking vast tracts of desert and wilderness – by human history. Living history, a strong sense of the role the past plays in the present, makes up the third characteristic, evident in the street-names, memorials and museums of European cities.

The continent’s double inheritance from Ancient Greece and Jerusalem – read western philosophy and monotheistic religion – constitutes Steiner’s fourth feature, a complex legacy of rationalism and mysticism that permeates science, speculative thought and culture. And the fifth defining feature of European civilisation is the recognition of its own inevitable decline, something which gives rise to a sense of tragic fatalism.

If I put Steiner’s ideas up against Cadiz, the European city from which I’ve just returned in my own attempt to get to grips with the idea of Europe, the first three beautifully illuminate the character of what is probably the continent’s oldest city. Cadiz is packed with cafe-bars, a natural meeting-place for contacts and new friends where we discussed everything from the local book-buying culture to the homeless on the streets.

Walkability is a key characteristic of Cadiz, accounting for the way it charms its visitors and the enduring love that so many of the locals have for their hometown. The ease with which you can move about tiny city facilitates close relationships and a vibrant cultural life, making it possible to work long hours, prepare for the annual carnival and enjoy a copa in the calle all in a single day.

And with almost every street and square bearing a plaque or memorial to a moment in its history – Cadiz was the birthplace of Spain’s liberal constitution in 1812 or acknowledging the contribution of a local figure such as composer Manuel de Falla – you can’t escape the bearing of the past on the present.

Any real examination of fourth and most complex of Steiner’s ideas is beyond the scope of this blog, but a cursory acknowledgement of the city’s Islamic and Phoenician heritage seems to confirm the point, made by Matthew Boudway in this article that Steiner’s Eurocentrism tends to occlude the contribution of other cultures – understandable, as Boudway acknowledges, given that the man has spent a lifetime ranging over its vast culture. As for having a sense of its own mortality, in economic terms, Cadiz is a living illustration of decline, with chronic levels of unemployment that have created a diaspora among its young.

It occurs to me that many of these characteristics, with their accompanying benefits and challenges, also apply to Britain. In recent decades, cafe culture has grown exponentially, providing a public space for the development of projects and ideas that’s more inclusive than the British pub. Walkability has long been a feature of many British cities, including London. Our sense of the present in the past? America, eat your heart out.

All of which raises the question of whether we in the UK can align our ‘British values’ with ‘the idea of Europe’. Or, to put it better, can we come to an understanding that these different versions of liberal democracy, with all the openness and tolerance they imply, are in fact kindred versions of a progressive society which complement rather than compete with each other? Such a rapprochement at the level of ideas, as well as whatever practical and political arrangements we eventually arrive at with the EU must be at the heart of any positive future relationship.

In the meantime, if anyone has a copy of Steiner’s Idea of Europe to sell for under fifty euros, please get in touch!