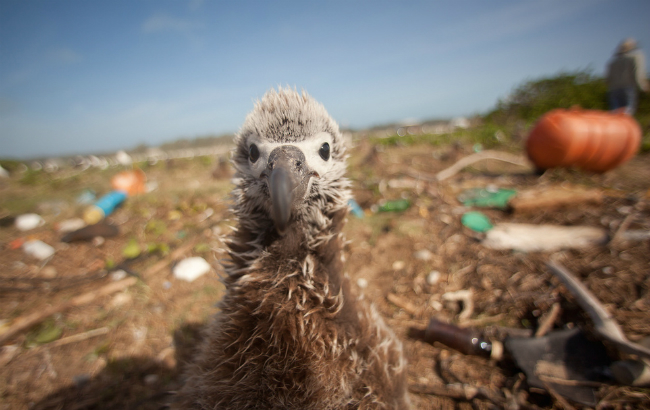 First, a confession. I never watched Blue Planet because I’m scared of fish. But sometime in the middle of the series, with so much talk about plastic use in the air, I came back from the supermarket and had a kind of negative epiphany. Suddenly I saw that almost everything I’d bought was swathed in plastic. Much of it was going to go straight in the bin as I unwrapped and stored the produce; the rest would follow over the next week or so. And, I reflected as I stared at the array of plastic bags, trays and wrappers proliferating around the kitchen, a supermarket shop didn’t used to be like this.

Second, a boast. I’ve long been relatively abstemious with plastic. I never bought into the bottled water craze that started in the 1990s, having always refilled the same bottle with tap water until it wore out. Around the same time I also became aware of the need to limit plastic bag use to the point where the local shop assistants would laugh at me for declining a bag. ‘You don’t have to pay for it,’ they smiled. ‘It’s free.’ They came from the Asian subcontinent, you see, where my careful behaviour signalled poverty and membership of a low social class.

Yet I was behind rather than ahead of the times. My distaste for waste stemmed from a childhood infused by my parents’ war-time thriftiness, a make-do and mend, save-and-reuse culture that automatically meant you thought twice about throwing away anything not perishable or worn out. (My mother put plastic bags in the washing machine and hung them to dry on the line. So do I.) Yet despite this inherited parsimony, I now realise that over the past ten or fifteen years my consumption of plastic has crept up and up. Partly this is due to the hyper-packaging of food manufacturers who seem to have become over-protective of their produce. Partly it’s due to the rise of internet shopping: a couple of weeks before my kitchen epiphany I filled half a room with the plastic packaging from the delivery of a single lampshade.

So, although I’ve never been much of an eco worrier – and I’m not one for new year’s resolutions either – I’m resolved to begin 2018 with a (partial) vow of plasticity. I’ll review my use of single-use plastics, introducing in their place alternatives where possible. See, for example, the gift of food covers of fabric and beeswax made by my friend Joce as an alternative to cling film. I’ll risk annoying people by commenting on unnecessary plastic goods at public events. And I’ll engage in some proactive plastivism by writing to certain manufacturers about their packaging, making it clear that for me, as a consumer, less is more.