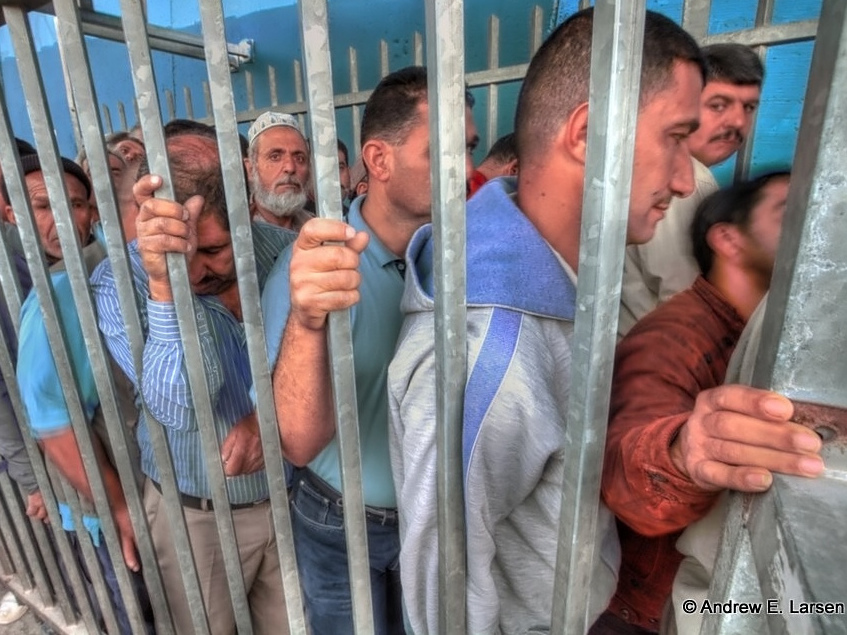 Every year, at some point during Advent, I remember. Having re-established itself in my mind, the thought recurs throughout the Christmas season before fading away as the festivities come to an end. The thought goes something along these lines: ‘It was not like this.’ Or: ‘That’s not right. The reality is different.’

What I’m experiencing is a kind of cognitive-cultural dissonance about where the Christian story took place. Like most British children, I grew up with a story-book picture of the Holy Land formed by the illustrations in the children’s Bible and the images in carols. My picture of Bethlehem at Christmas was – and still is – particularly vivid: white domed roofs under a star-studded sky, Joseph leading a donkey bearing Mary through the cobbled streets, animals sitting peacefully around the crib.

These are beautiful, powerful images that I never want to lose. And I never will: every Christmas, along with the boxes of familiar decorations, I open the part of my mind that holds them and feel a vestige of the same mingled excitement and reassurance that I used to feel as a child. But at the same time, the adult who has visited Palestine many times knows only too well that they have nothing to do with present-day reality.

A Christmas in Bethlehem in the early 2000s brought the point home. Modern-day Bethlehem is indeed a little town, but it hardly lies still, being under military occupation. (Biblical scholars will point out that it was also under occupation in Jesus’ time, but that fact doesn’t feature strongly in popular Christianity.) It’s also home to Christians, with a long-established population of Palestinian Christians who live alongside its Muslim inhabitants.

But the resemblances end there. 2001 was the year the town was cut off from the rest of the West Bank by an Israeli blockade that stifled the usual Christmas tourism and traditions. My first-hand experience of Bethlehem generated a new set of images: a Manger Square empty of visitors apart from a couple of Japanese tourists who didn’t follow the news and a Christmas Day march, led by the town’s religious leaders, to the military blockade barring the road to Jerusalem. They were supplemented, because I could move around the West Bank when Palestinians couldn’t, by countless stories of suffering and restriction.

In Christmases since, it’s proved difficult to bring the point home in a wider sense. Pointing out to an evangelical Christian that Bethlehem is, in fact, an Arab town didn’t go down well. Every year congregations and choirs up and down the land continue singing ‘O Little Town of Bethlehem’ and most of them apparently unaware of the many, more realistic versions of the carol available.

But one experience stands out in its clarity and unexpectedness. I am at church on Christmas Day in the English village where I grew up. Usually the sermon is as pedestrian as it is full of seasonal cheer, but this year there’s a stand-in vicar, youngish and charged with the kind of energy foreign to most country priests. Somehow, and without making any political points, his sermon connects me to the Bethlehem I know. And then, in a concluding rhetorical flourish, his fist goes up in the air. It is clutching a small rock.

The stony land of Palestine. The rocks sacred to Islam. The stones hurled in the Intifada.

The image of the priest clutching this emblem of geo-political reality joined the internal gallery of images of Bethlehem which will re-surface for me throughout the month. This year, the centenary of the Balfour Declaration which helped to start a hundred years of conflict, the real images seem particularly poignant. In the Holy Land this Advent the Palestinians are still waiting for their peace.