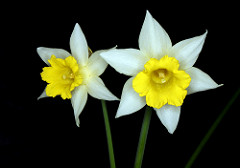 Last weekend I was fortunate enough to do something I’d been wanting to do for some time – attend a death cafe. The death cafe movement, which aims to address the western stigma against talking about death and dying, has been going from strength to strength since the first British death cafe was held in Hackney in 2011. In the South West, writer Sue Brayne has now run over thirty on her canal boat Mystic Moon.

I can’t write about Sue’s death cafe better than Sue herself, so her blog, with her kind permission, is reproduced below.

Well, how long IS it going to take for them to die? Guest post by Sue Brayne

Mystic Moon rocked gently on her moorings as participants climbed aboard, making one participant a trifle uneasy. But we soon settled down to talk about what really matters with Noo Noo, the cat from next door’s boat, purring blissfully on someone’s lap.

Our conversation began by discussing the difference between Eastern and Western attitudes towards death and dying.

One participant had lived in India and Indonesia for many years and is a practising Buddhist. She has only recently returned to the UK, and now works in pastoral care at a local hospice. ‘I am saddened and shocked by people’s attitudes towards death and dying over here,’ she said. ‘There seems to be such reticence to talk about end of life issues. People seem to be so fearful of speaking about it. In Asia death is accepted as part of life. When someone dies the community comes together to celebrate their life, and it’s normal for members of the community to lay out the body as a mark of respect.’

“I think it’s because so few families live together these days in UK,’ said a participant. ‘We have lost community and what community means, especially when people die.’

‘Lack of community and accepting that death is a normal part of life makes people worried about doing the wrong thing or saying something to make things worse,’ said another participant. ‘I agree,’ said someone else. ‘The dying are also afraid of upsetting their relatives, so they hold it together for the family and nothing important is mentioned.’

‘A big problem is that death has become so medicalised,’ said an end of life care worker. ‘People mainly die in hospitals these days because lots of families don’t want to, or can’t cope with caring for a dying relative at home. This is beginning to change, especially for those with cancer because of Macmillan nursing support. But you don’t automatically get that with other terminal illnesses like Motor Neuron disease or heart disease. People have to get on with it the best they can if they want to be cared for at home.’

‘The decision to care for someone at home is a very personal thing,’ said a participant. ‘I’m not that sort of person, so for me it is out of the question. My mother knows this, and I don’t feel bad about it. ‘

‘I really didn’t want to see my father naked,’ said another participant. ‘I never did when he was alive, and I felt really uncomfortable about seeing him naked as he was dying. So I was very relieved he was in hospital being cared for by nurses. They were fantastic.’

Other participants also felt uncomfortable about washing their dying parent, or caring for the body after they had died, although some felt better about doing this for one parent more than the other. ‘I feel okay about caring for my mum,’ said a participant, ‘but I had a very difficult relationship with my father, and I couldn’t imagine wanting to do that for him.’

‘In my experience of working in palliative care,’ said the end of life carer, ‘sons are more reticent to see their mother naked than daughters seeing their father naked. But it does depend on the kind of relationship they have had.’

The end of life carer went on, ‘Because we have co-opted death to professional agencies, and it is now expected that professionals will care for the dying, it removes families for the reality of death or being able to cope with caring for a dying relative. Instead, I have experienced many family members expecting us to stop death from happening. They assume that if we are in the nursing profession our job is to make their relative well again. This might not be what the dying person wants, by the way, because they may be wanting to die but not saying it for fear of upsetting those around them.’

This started a discussion about DNRs (Do Not Resuscitate) statements. The pastoral carer voiced concern about whether DNR requests were respected by medical staff. ‘One patient told me how terrified they were of their DNR request not being followed when they started to die. They said in considerable distress, “I don’t want to be half way up the stairs, and to be brought back down again.”’

‘The difficulty is that these days doctors are terrified of not offering life extending treatments – to show they are doing something to the relatives,’ said another participant. ‘Paranoia about medical mal practice is becoming as bad as it is in the USA.’

‘I had a different experience,’ said someone else. ‘My mother was given a DNR by the doctors, but she didn’t want it. She was terrified of death, so she wanted the hospital to do anything and everything to save her life even though there was nothing they could do for her. When I approached the doctors about this, they just fobbed me off. I found that very distressing. If a patient wants to have life saving treatment, they should be given it without question.’

This turned our conversation yet again to the importance of making an Advance Directive. ‘It’s all very well talking it through with your GP,’ said the end of life carer, ‘but if you don’t actually have it in the house, or beside your bed, it doesn’t mean anything. So if it’s not there and the ambulance is called, they are legally bound to resuscitate you even if you have requested a DNR’.

‘That’s a big issue for paramedics,’ said a participant who works as a front line responder. ‘We have to resuscitate people unless the person has their Advance Directive on them. Which, of course, they don’t if they’ve been knocked down in the street or involved in a car crash.’

This prompted a discussion about the difference between providing solace to those who are terminally ill and those are involved in fatal accidents. ‘There’s often a lot of panic around when there’s been a harrowing incident,’ said the first line responder. ‘So it’s about containing that, and also providing support and care for the person who is probably dying in acute trauma. I often see fear in their eyes, but rather than using a platitude like, “You’re going to be okay,” I just hold their hand and say, “I’m here with you.” It seems to give them comfort. I have discovered over the years that people, even when in major distress, know if you are lying to them.’

‘I agree about the important of being honest with those facing the end of life,’ said the end of life carer. ‘But over the years I have noticed how stressed relatives can be, so they often don’t really connect with what’s going on. I’ve had relatives ask me things like how long is it going to take for Mum or Dad to die because they need to get back to work. They will have a look of alarm on their face and say something like, “I can’t possibly take six weeks off – so how long is it going to be?” I’ve also known some relatives say, “But I’ve got a holiday booked”. Or even, “It would be better for them to die now because it’s the school holidays soon.” I have to explain that dying from a terminal illness is a process not an event, and the person dies when they are ready.’

‘What would help people to deal with the fear of death?’ asked a participant. ‘I don’t know,’ said someone. ‘I was brought up to be terrified of death. My mother was Jewish and used to tell me, “Death is the Enemy.” Over the years I have got used to this fear, and I actually like it now. I think the most important thing to realise is that death is part of the creative process. There are peeks to every facet of life. Eventually everything comes to an end, because that’s what happens.

‘Life is like a wave, said someone else. ‘It’s follows the law of physics, and everyone’s life has a beginning, middle and end to it.’ ‘Can you imagine if life never ended?’ said someone else. ‘How ghastly that would be. Everything would just fall apart. We need to know there will be an ending to value what we have right now, and to give our lives structure and meaning.’

We all agreed with this, and it was a poignant moment for the pop-up Death Café to conclude.

Sue Brayne’s The D Word: Talking about Dying: A Guide for Relatives, Friends and Carers is available on Amazon.